NJ TRANSIT’s Positive Train Control (PTC) system has been certified by the Federal Railroad Administration as meeting the December 31, 2020 deadline for implementation.

NJ TRANSIT's highest priority is safety and the proper installation of Positive Train Control (PTC). As we progress with the implementation of this critical safety enhancement feature, it is important to remember that NJ TRANSIT remains a safe rail system and will continue to operate safely until PTC is fully implemented.

NJ TRANSIT marked 100-percent completion of the Federal Railroad Administration's (FRA) 2018 year-end milestone of the 2020 implementation schedule for Positive Train Control (PTC). Criteria for this requirement included installation of equipment on locomotives and cab control cars, installation of 326 miles of wayside equipment including radios, transponders and poles, as well as initiating PTC testing and employee training. Throughout the course of 2019 and 2020, NJ TRANSIT will continue to install PTC equipment on the remaining locomotives and cab cars and testing PTC technology throughout our system. 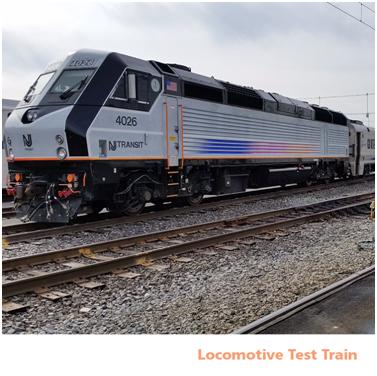 The Rail Safety Improvement Act of 2008, passed by Congress, requires the implementation of a PTC system on all non-exempt commuter railroads, including NJ TRANSIT. PTC is intended to prevent: 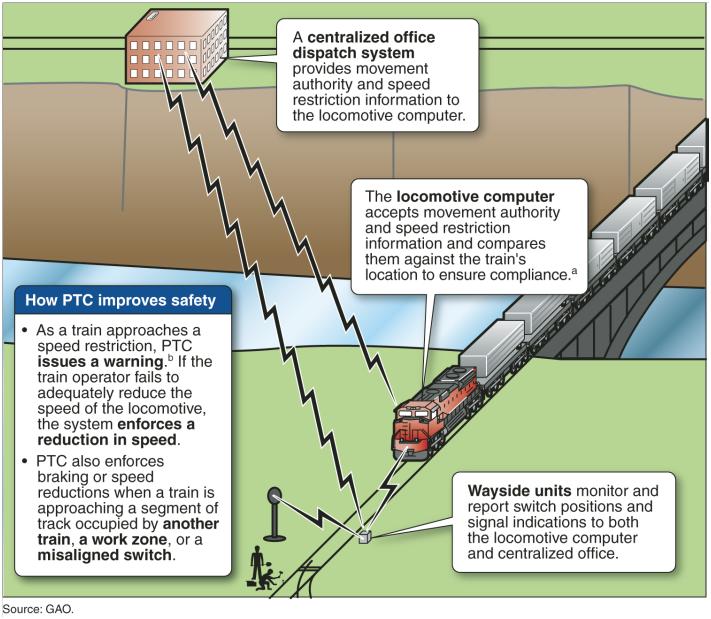 PTC is a computer-based technology that uses a communications system to
monitor and control train movements to minimize the potential for human error. 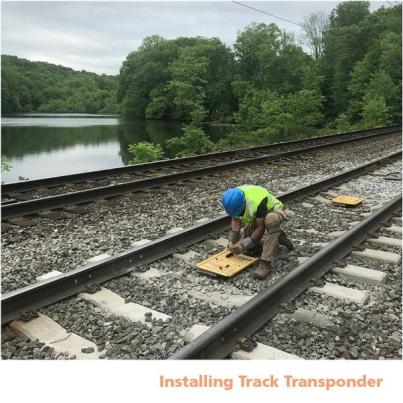 PTC's intraoperative communications allow the track, vehicles and the Rail Operations Center (ROC) to continually relay speed and location information to one another. Because of the technology's complexity, PTC implementation requires the development of vehicle prototypes to test the new system while we concurrently retrofit our existing fleet.

NJ TRANSIT's rail system includes 12 commuter rail lines, most operating on tracks shared with other freight and passenger railroads. On the heavily-travelled Northeast Corridor (NEC), which belongs to Amtrak, a different PTC system is being implemented. Although functionally similar, the various PTC systems will need to communicate with one another. The coordination required to ensure interoperability with NJ TRANSIT's five tenant railroads, including the two largest (Conrail and Norfolk Southern), adds significantly to the complexity of the project.

While PTC's safety benefits are significant, PTC implementation is a complex and lengthy process. Railroads, including NJ TRANSIT, must install, integrate and test:

It is important to remember that NJ TRANSIT remains a safe rail system and will continue to operate safely until PTC is fully implemented. PTC is an advanced safety system that will serve to enhance NJ TRANSIT's existing speed enforcement technology, Automatic Train Control (ATC). Many people may not know that NJ TRANSIT was already operating with automated speed enforcement technology, or that we were a leader in safety among the nation's passenger railroads when this safety technology was first introduced.

Railway wayside signal systems operate in a fail-safe mode to inform the locomotive engineer of the safe speed for each train. Opposing, following, and converging train movements are protected. Safe train operation depends on the engineer's compliance with signal indications.

ATC provides a higher level of safety by providing a check on the engineer's operation of the train. ATC ensures that the engineer is alert to each change in the displayed cab signal that requires a reduction in train speed. The engineer must acknowledge the change and also reduce speed to the required rate. Failure to do so will automatically cause the brakes to be applied, stopping the train.

Beginning about 1995, ATC enhancements were introduced to enforce speed restrictions on curves. Additional curves and bridges were protected following accidents on other railroads that were caused by excessive speed on a curved track. All NJ TRANSIT curves, and bridges that require a reduction of more than 20 miles per hour from the maximum authorized approach-speed, were equipped with ATC by December 2016.

PTC is an additional enhancement of the existing ATC system. PTC will provide positive stop enforcement at interlocking signals and more precise enforcement of temporary and permanent speed restrictions.

Safety is NJ TRANSIT's highest priority. Each year, we invest more than $100 million to maintain our safety systems and promote a State of Good Repair for our fleet and infrastructure. Major safety initiatives include: