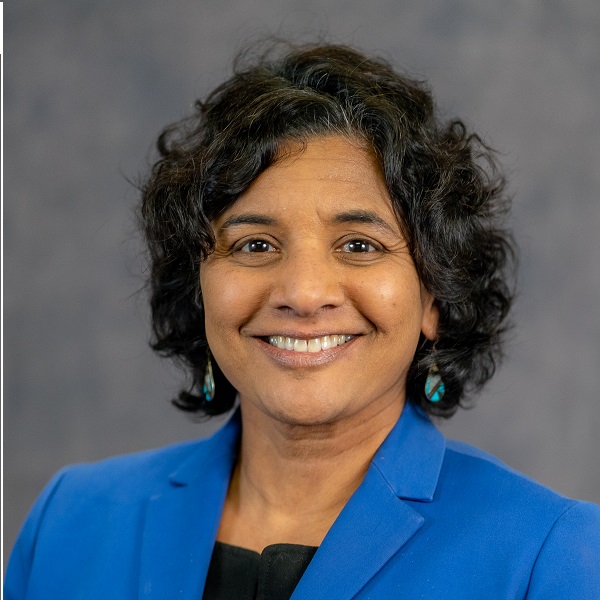 Shanti Narra was born in Hyderabad, India and immigrated to the U.S. with her family when she was two years old. She was raised in North Brunswick, New Jersey where she attended public school and graduated from high school in 1985. She received a Bachelor’s Degree in Foreign Service from Georgetown University in 1989 majoring in International Law. Ms. Narra continued her education in Washington, D.C. and received her J.D. from Georgetown University Law Center.

After a brief stint in the private sector, Ms. Narra began a long career as a public defender with the Legal Aid Society in New York City. As a senior staff attorney, she tried many complicated criminal cases. During her years as a staff attorney she was also very active in her union, the Association of Legal Aid Attorneys (ALAA). Ms. Narra served in multiple Executive Board positions first as Junior Attorney Representative, Attorneys of Color Representative and finally several terms as Union Vice-President for Manhattan. After 10 years on staff, she joined management as a supervising attorney.

In 2004 Ms. Narra moved back to her hometown of North Brunswick (commuting back and forth to New York for her work by bus). One of the first things she did upon settling in New Jersey once again was to get involved civically, which initially entailed joining the North Brunswick Democratic Social Club. She went on to become a Democratic Committeewoman (a position she still holds today). Later, she was appointed to the Township Planning Board. In 2009 she won a seat on the North Brunswick Town Council. She subsequently won re-election to the Council in 2012 and then again in 2015.

In 2015, she was appointed by the Middlesex County Democratic Chairman to serve as Parliamentarian of the County Democratic Organization where she presided over and chaired the County Committee Meetings. In October 2016, Ms. Narra was appointed by the County Committee to fill a vacancy on the Board of Chosen Freeholders. With that appointment, Ms. Narra became New Jersey’s first South Asian Freeholder. In November 2017, she successfully won a one-year term. Then in November 2018, she won a full three-year term. Since June 2021 she has served as the Deputy Director of the County Board of Commissioners.

Ms. Narra also serves as a Board Member of Jewish Family Services, the Puerto Rican Action Board, The North Brunswick Friends of the Library Board and is one of the founders and current Advisory Board Members of Inspiring Asian American Women (ISAAW) - a group dedicated to increasing the participation of this demographic in civic engagement. Ms. Narra is a member of the North Brunswick Township Community Emergency Response Team (CERT).