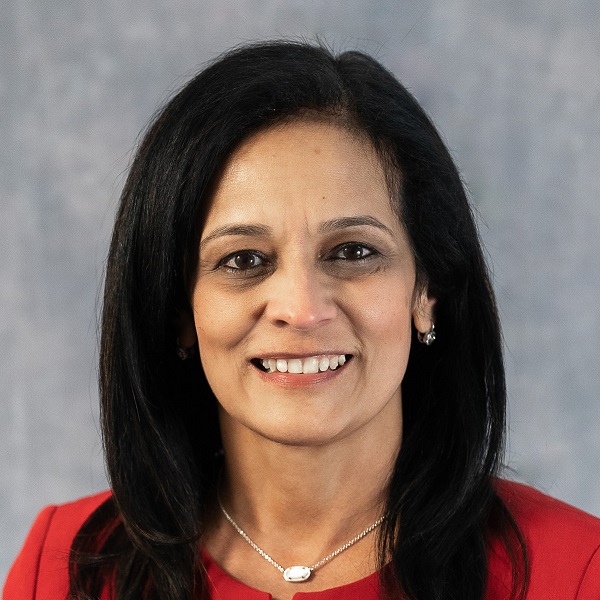 Sangeeta Doshi is a Councilwoman in Cherry Hill, and a telecommunications executive and was a small business owner with an Electrical Engineering degree from Worcester Polytechnic Institute and an MBA from Babson College.

In 2021, Sangeeta received a Moms Demand Action Gun Sense Candidate distinction. She is Co-Chair of the Cherry Hill Human Relations Committee and the Cherry Hill Green Team, as well as an active member of the Indian Cultural Center and Indian Temple Association. She serves proudly on the District IV Legal Ethics Committee, the Camden Air Quality Committee and on the advisory boards of Inspiring South Asian American Women, the New Jersey Leadership Program, the Asian American Alliance in South Jersey and the North South Foundation.

In 2020, she was appointed to the NJ TRANSIT Board of Directors by Governor Murphy.

Sangeeta was born in Jabalpur, M.P., India and immigrated to the United States with her family in 1968. She was raised in Massachusetts and has lived in New Jersey since 1995.  She resides in Cherry Hill with her husband, three children and dog.